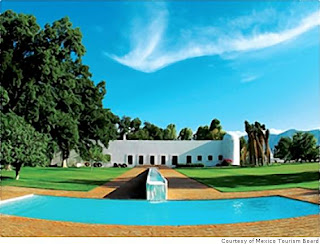 Casa Madero winery, the oldest winery not just in Mexico but in all the Americas.

Well what’ya know!!! Looks like a little wine country traveling in the “Mexican Napa Valley” is in order! If you try one of these Mexican wines….or another….let me know how they are!

In Vino Veritas (and some Mexican flavor!)

May your glass always be filled with devine wine!