Nothing like a fine bordeaux to cure a stomach bug …

Howdy there VS Readers! I’m back, as promised, after showing my friend Matt a bit more around Dijon as well as the bottom of several bottles of Burgundy wine. 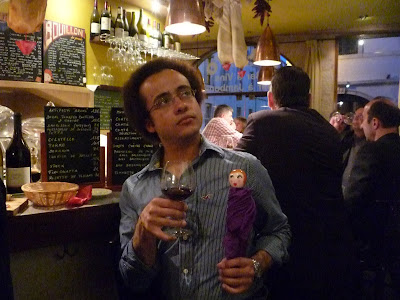 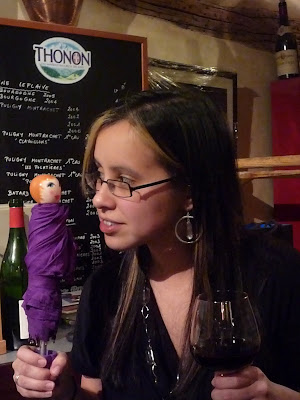 I found an awesome umbrella at this wine bar we went to. I named her Mathilde. She somehow made it into all of the pictures. What a camera hog!

So I sent my friend Matt off to Paris to wreak havoc there and now I am back to the Vinously Speaking world!

Where did we leave off last….Ah, yes! STILL talking about the happenings at ProWein. Now we have moved on to Day 2. Well….Day 2 was a rather short day for me. I didn’t make it to ProWein until noon! I wish I could say it was because I had too much fun the night before, but actually it was because I had contracted a sort of stomach bug a few days before leaving to ProWein and it decided to punish me greatly the night of Day 1. I was up for 2 hours in the middle of the night trying to battle this beast. It was just physically impossible to wake up at 730am to make it to the start of the convention. I almost decided to skip the day entirely, but then I thought of two incentives.

Now you all know I am a certified WINE-EAUX and those two reasons were enough to get me out bed. It was going to take a lot more than some stomach bug to stand between me and some wines I don’t get to taste everyday. I have my priorities in order. ‘Spensive wine first, stomach issues second. Mama didn’t raise no fool =P

So what was this fancy-shmancy tasting all about anyways…?

The event was put on by the trade group, Union des Grands Crus de Bordeaux, which represents 132 of the top class châteaux in Bordeaux from the greatest regions; Pessac-Léognan, Graves, Saint-Emilion, Pomerol, Médoc, Margaux, Saint-Julien, Pauillac, Saint-Estephe, Sauternes and Barsac.

The Union des Grands Crus de Bordeaux, which was created in 1973, organizes around 50 marketing events throughout the world each year in order to introduce the vintage ready for release, in a collective way, to the local heads of press and distribution. This organization, whose membership is accessible by co-optation only (election by votes of existing members), is also responsible for putting on the ever-famous “Primeur Week” also referred to as just “En Primeur” (pronounced “on pree-mer”), which is an event that attracts the distribution and media of the whole world, who come to taste the wine from the current year that is still in barrels. The wines will not be bottled until sometime next year, but if the buyers buy the wine now, before they are bottled and released onto the market, they stand to save 20-30% when buying these fine wines that far in advance. On a side note, the “Primeur Week” of this year saw a nearly 43% increase in the number of visits compared to last year! Why? There is lots of talk that 2009 was a FANTASTIC year. If you want to nerd it up and read more about the above, here is a great article called The Problem with Primeur by the Wine Doctor.

With all that being said, I moseyed on in, fashionably late, to the ‘spensive Bordeaux wine tasting. This is what it looked like. 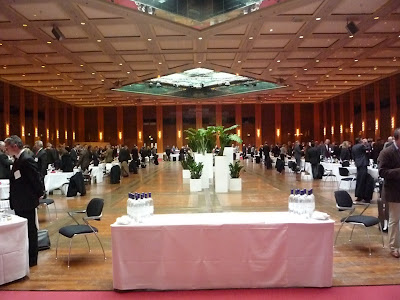 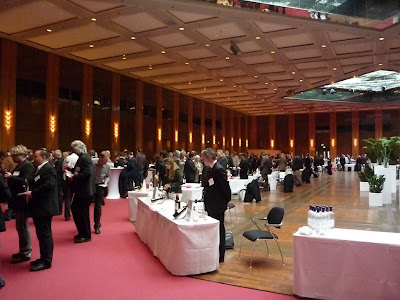 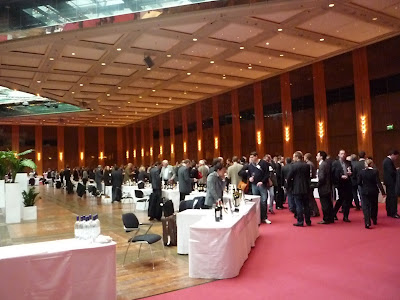 This year is the introduction of the 2007 vintage. This vintage was not highlighted as being one of the best for Bordeaux. The growing season was a bit off, essentially, the grapes made it all the way through the typical growing cycle, but in the end they were not ripe. It has been referred to as ‘false ripeness’. The winegrowers who decided to harvest earlier were the ones who made off with better wines than the ones who left the grapes on the vine to see if they would ripen a bit more. It is said that the 2007 Bordeaux vintage is not one to keep, it is a vintage to drink early (i.e 5-12 yrs depending on the region/grape). I am going to leave you with 3 videos if you want to nerd it up and learn more about what is being said about the 2007 vintage.

The first video is of Steven Spurrier and his take on 2007 vintage. Steven Spurrier is a British wine expert (esp French wines), a former Parisian wine merchant, author/co-author of several wine books, and is the gentlemen who organized the Paris Wine Tasting of 1976 where California wines beat out the top french wines. Essentially he is responsible for knockin’ the french down a peg or two and letting them know what was up. He told the french they were straight trippin’ yo and there was some new kids on the block ready to throw down! (okay, you have to forgive me, but I did grow up in the quasi-ghetto)

The second video is of a wine journalist named Panos Kakaviatos, (also the author of the blog/site, Connections to Wine) who attended the Union des Grands Crus de Bordeaux in both New York and ProWein. He made some awesome videos explaining the 2007 Bordeaux vintage as well as included footage from both tasting and interviews with the people representing the wines. Hope you enjoy!

Hope you learned a thing or two about the 2007 vintage in Bordeaux, now you can walk up into your local wine store and tell the wine shop owner what you REALLY want! LOL. (okay that probably sounds like it could have a double meaning, hahaha)

Needless to say I appreciated the tasting, I mean, 2007 may not be the best vintage, but ‘spensive wine is ‘spensive wine and can’t realllly be thaaat bad.

As you know, I had a rough night before Day 2, so I allowed myself the pleasure of JUST tasting the wines and not taking any notes on them. I just wanted to meditate on the wines, their aromas and flavors. I also kept repeating the mantras:

“This is why you are getting a Masters in Wine Biz. & Thanks a million to all the VS Readers for supporting me enough to get a Press Pass to get into this event”

While it is nice to jot down a few notes when tasting wines to help you become a better taster and be able to reference your notes when you need to look back at a wine, or remember one you like/dis-liked, sometimes you need to make a mental note of the wines and JUST taste. I did manage to steal a few photos of the wine I tasted, I didn’t snap a photo of all of them, but here is a photo journey of some of the ‘spensive wines I tasted. =P 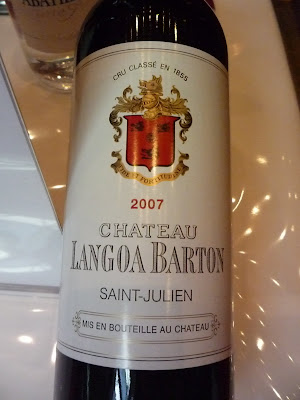 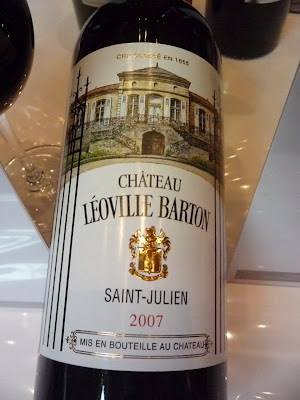 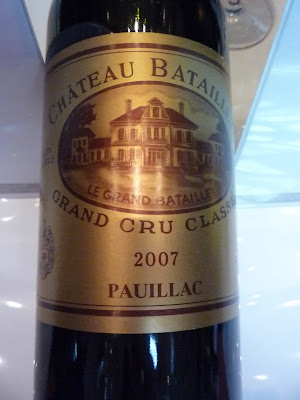 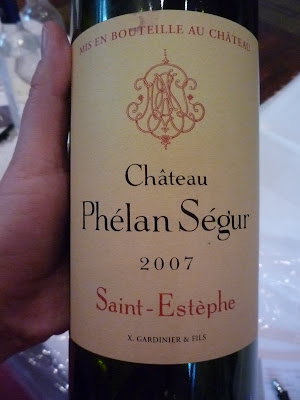 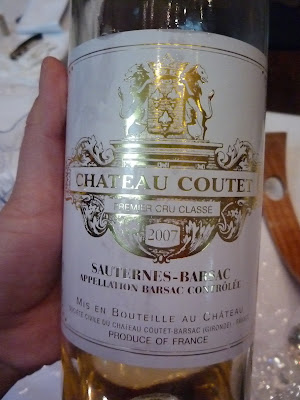 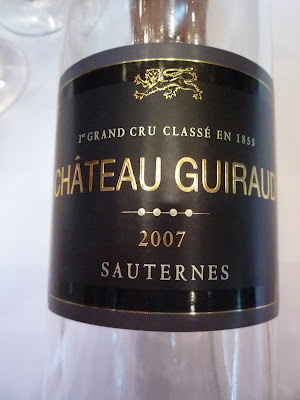 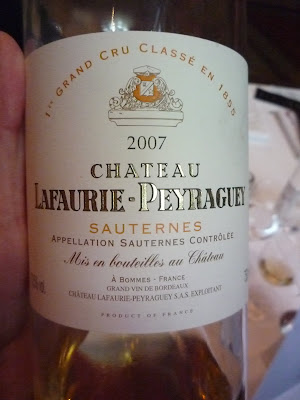 Now this post is already plenty long, so instead of trying to give you a mini-lesson on Bordeaux, also I received compliments on my incorporation of videos from my last blog entry, so I think I will leave you with 3 short videos to do the job for me. The first is a intro to Bordeaux and the next two go into a bit more detail on the left bank and right banks of Bordeaux, where the major Bordeaux wine regions are found. And If you already know enough about Bordeaux to not watch these, well, you get a virtual high-five!

I stayed at the ‘Spensive Bordeaux tasting until it closed (4pm) and then spent the last hour and half left until closing time for the day tasting a few wines from each Italy, Spain, Portugal, Germany, some more of France. I decided to make it an ‘Old World’ day.

Nothing was particularly noteworthy, I think my taste buds were still reveling in the thought of all the yummy Sauternes I devoured. One thing that did catch my attention was this one label I saw. I seriously busted up when I saw it! I mean, the graphic designer for this label, is seriously … graphic!

And that is how I will end this blog post, on a VERY humorous note. And if you don’t get it …. I am afraid I am going to have to tell you, “don’t ask!” =P 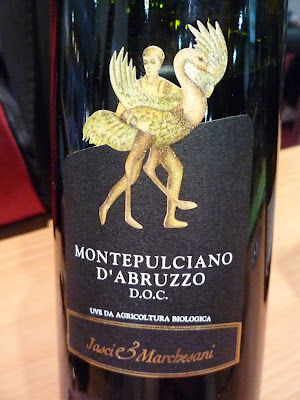