The Other French Bubbly’s

Please excuse my absence. First I was busy working on my application to a Masters in Wine Business program at The Burgundy School of Business here in Dijon, France. Then I received a response from there application committee saying I had passed round 1 of the application process and for round 2 I needed to write a paper on a topic they chose for me. So, one 6 page paper later, I am back to finish my entries on Bubbly!! (P.S. In writing this post, I received word that I passed round 2 !!!! I will post my paper in another entry!)
~ ~ ~ ~ ~ ~ ~ ~ ~ ~ ~ ~ ~ ~ ~ ~ ~ ~
Alrighty, … we left off at Champagne, and as you read, it definitely requires its own entry. Champagne is of course great to drink whenever possible, but there are lots and lots of other sparkly treasures to call upon that are very delicious, not as expensive and can add some pizazz to any ordinary night, party or meal!!

As you should remember, Champagne is a region in France, so I think it is best to start this entry focusing on the other French Bubbly Types:

After Champagne, the next most celebrated sparkler in France has to be Crémant! Crémant is made in the same method as champagne, but because the region of Champagne has successfully received the right make it fobidden to use the name Champagne on anything not coming from that region, everyone else must call the ‘méthode Champenoise’ the ‘méthode traditionnelle’ . Since this law was passed not too long ago, you can still find bottles saying ‘méthode champenoise’ but not for long! French appellation/region laws also dictate that a Crémant must be harvested/picked by hand not exceeding the yield amount set by the Appellations d’Origine Contrôlée aka AOC. (This is the french certification that is given to a defined region to control the production and quality of products from the region, including wine. The AOC designations are decided by the Institut National des Appellations d’Origine aka INAO) Crémant must also be aged for a minimum of one year. There are seven regions (or appellations) in France that are able to use the designation ‘Crémant’ to label their sparkling wine and one outside of France: 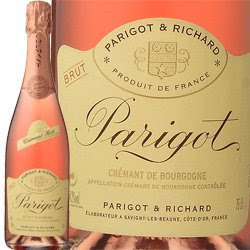 So while the term Crémant is given to those sparkling wines that are made in the same method as Champagne…what are the terms for those that are made in other methods? They are Mousseux (meaning ‘sparkling’ in french) and Blanquette (meaning ‘white’ in the local Occitan language). 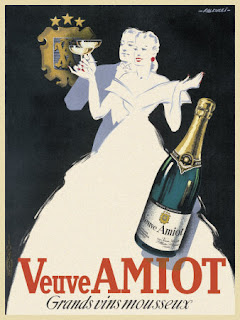 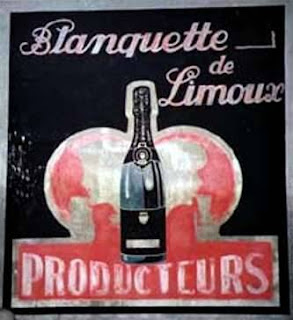 They are made using one of the various methods: méthode rurale, méthode ancestrale/méthode gaillacoise or methode charmat. I won’t get into the differences, only because that would be an entry on its own. But I will add an fun fact: The Blanquette from the region Limoux is considered to be the first sparkling white wine produced in France, created long before the Champagne region became world renowned for the their sparkling wine.

In Vino Veritas (and bubbles!)
May your glass always be filled with the sparkling joy of the other french bubbly’s!!
Cheers! Salud! Sante!